Hi Sophia! The leaves turned colors while we drove through Germany. And pumpkin time is coming. I think that’s a lemon in his mouth. 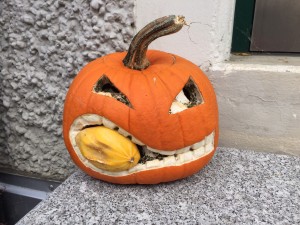 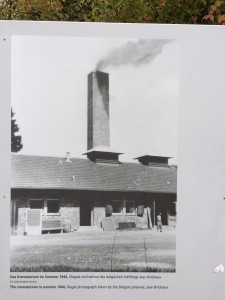 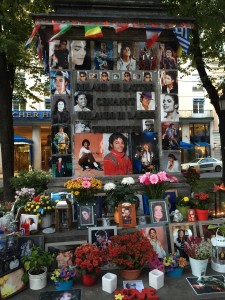 At dusk in a narrow park around the base of a statue, all the photos, talismans, flowers  seem  fresh. No soundtrack, just the trolley, pedestrians, some tourists. Here are two sides of four. 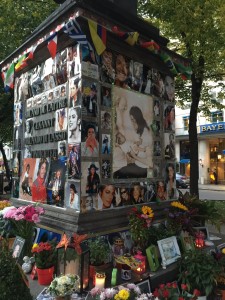 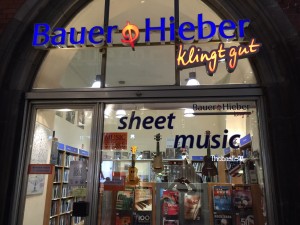 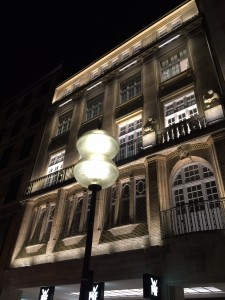 As we approached our destination on Lake Bodinsee between Germany and Switzerland, it was raining and dark, very dark. We called ahead to the Hotel Zur Winzerstube to say we are late and we are lost. Olivier answered and, though I could not understand his directions, his encouragement came through in the words “We are here for you.” When we got there, he welcomed us with two glasses of champagne. In the morning Nico was equally helpful and encouraging. Memorable people! And there are more to come.

At 5:30 in the evening, we were waiting in the parking lot at Integral Yoga Zentrum Augsburg-Bobingen for Heike Farkas and her yoga class . In August I had written to Heike to inquire about talong a class at the center, but then confirmed nothing. We just showed up. She was surprised! In our honor she taught a bilingual class and a beautiful one. I hope I can remember some of her variations. We were hungry! So her student Catherine led us to Mai Mai, a Vietnamese restaurant on the edge of town with a spicy and crispy menu. Then we drove back to our room above and behind a Biergarten in a much smaller town 50 km west of Munich. What an unusual day!

Today, Tuesday, we left Durbach in (or near) the Black Forest and drove first to Colmar. Patti’s friend said we must see the Isenheim altar piece, 16th century paintings in the Unter Linden Museum in in Colmar. These paintings are temporarily living in the Dominican Church there. They are amazing! And so are the Madonna in the Rosebush and other paintings by Martin Schongauer from the 1400s. 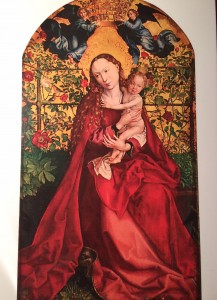 Then  Patti navigated – in a juggle that required both our phones – and I drove over an Alp in a rainstorm and down to Lake Bodensee in the dark. There were some reversals toward the end but here we are in the nicest room! Chilling. 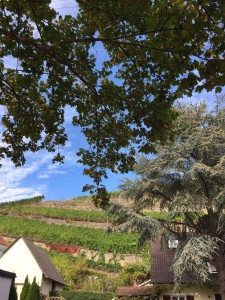 Fellow traveler Patti Anders from W 110th St and I rented car in Darmstadt and drove south to Heidelberg to walk along river and look up at castle .. on to Hotel Linde in Durbach near Kehl .. today climbed a steep hill terraced w grape vines to the local winery .. drove across the border into France and visited the Petit France neighborhood of Strasbourg .. and tomorrow we drive south to Colmar then southeast to Lake Bodensee. Improvising! And enjoying. Beyond Tuesday, our goals are Munich and Prague.